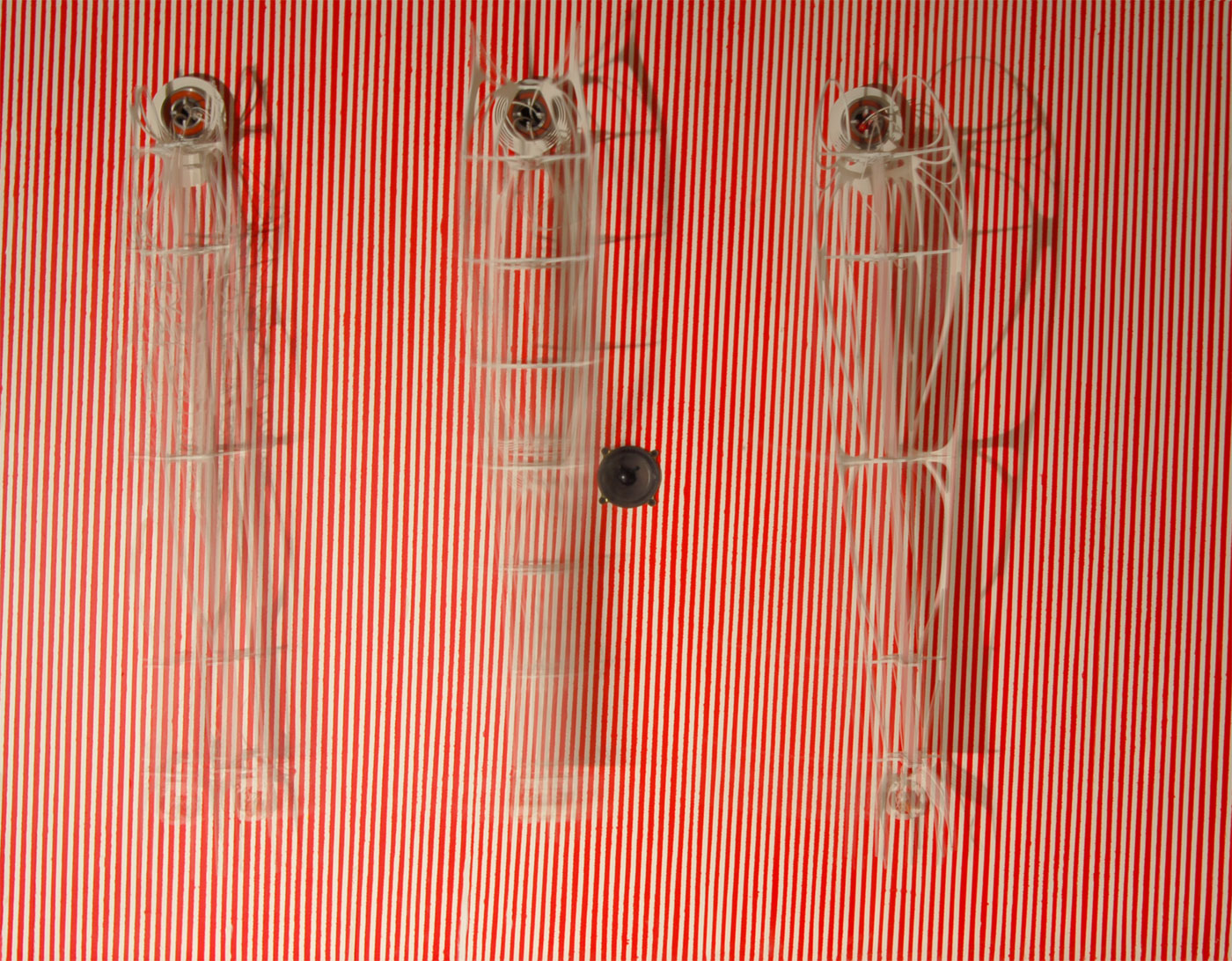 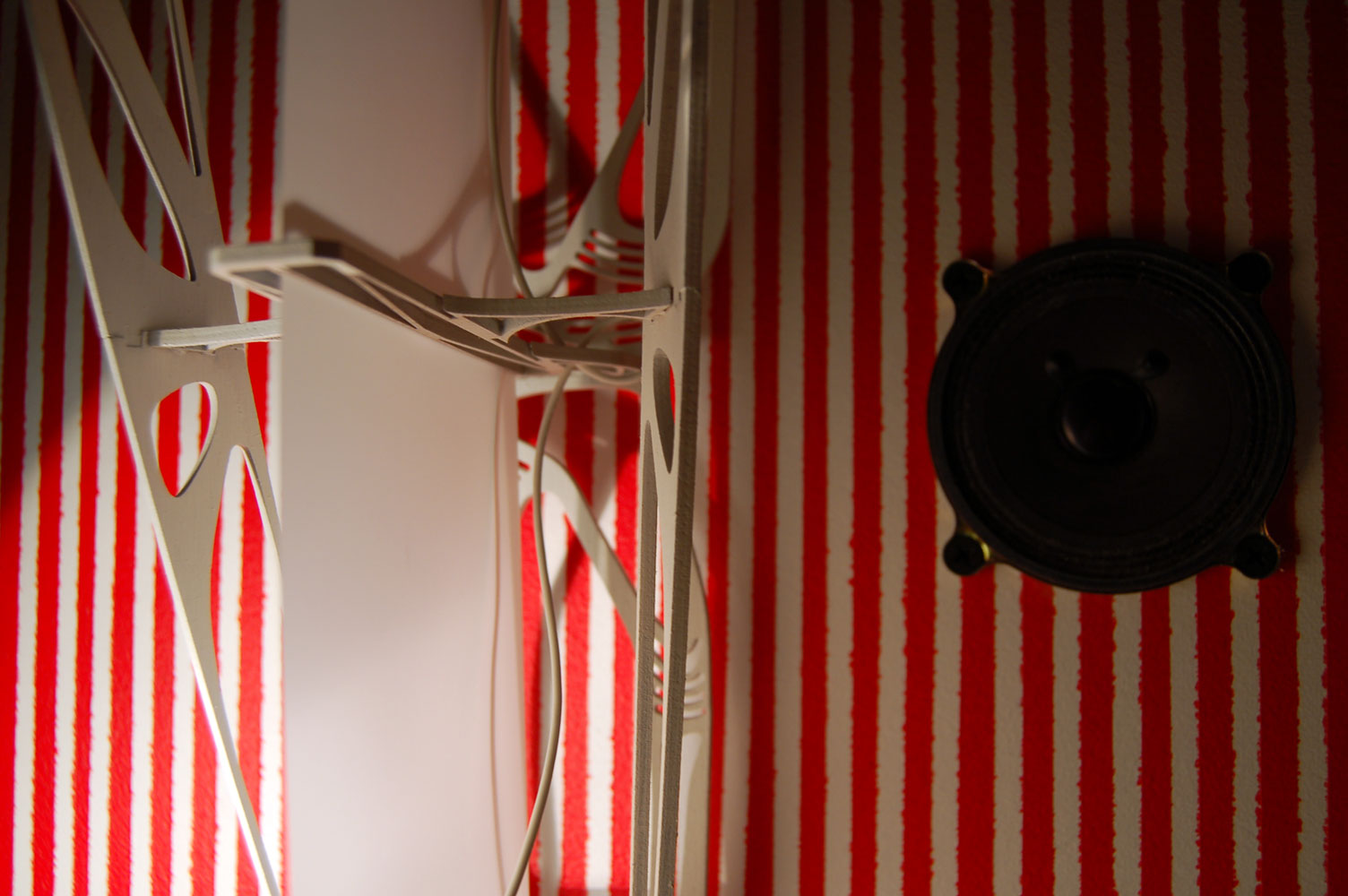 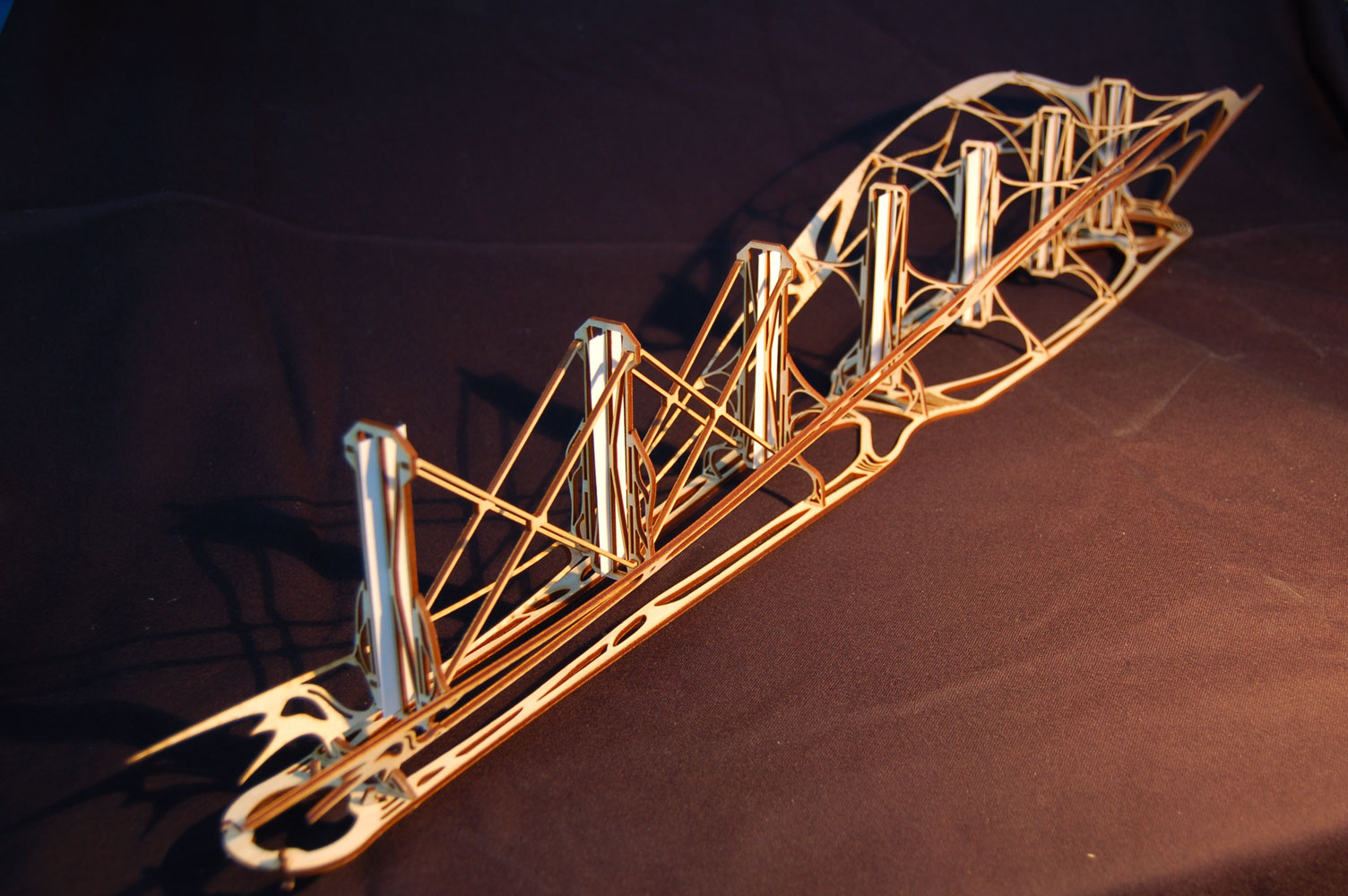 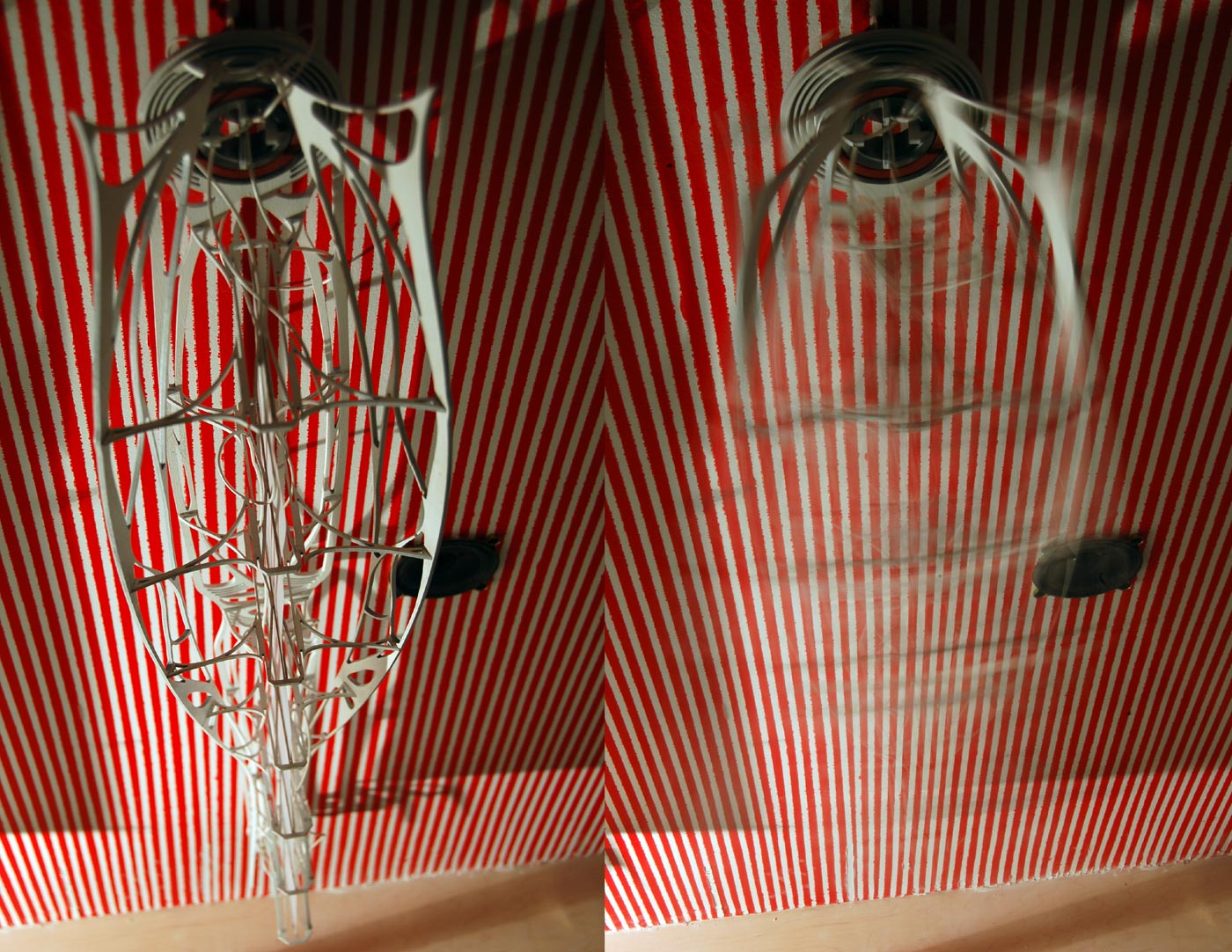 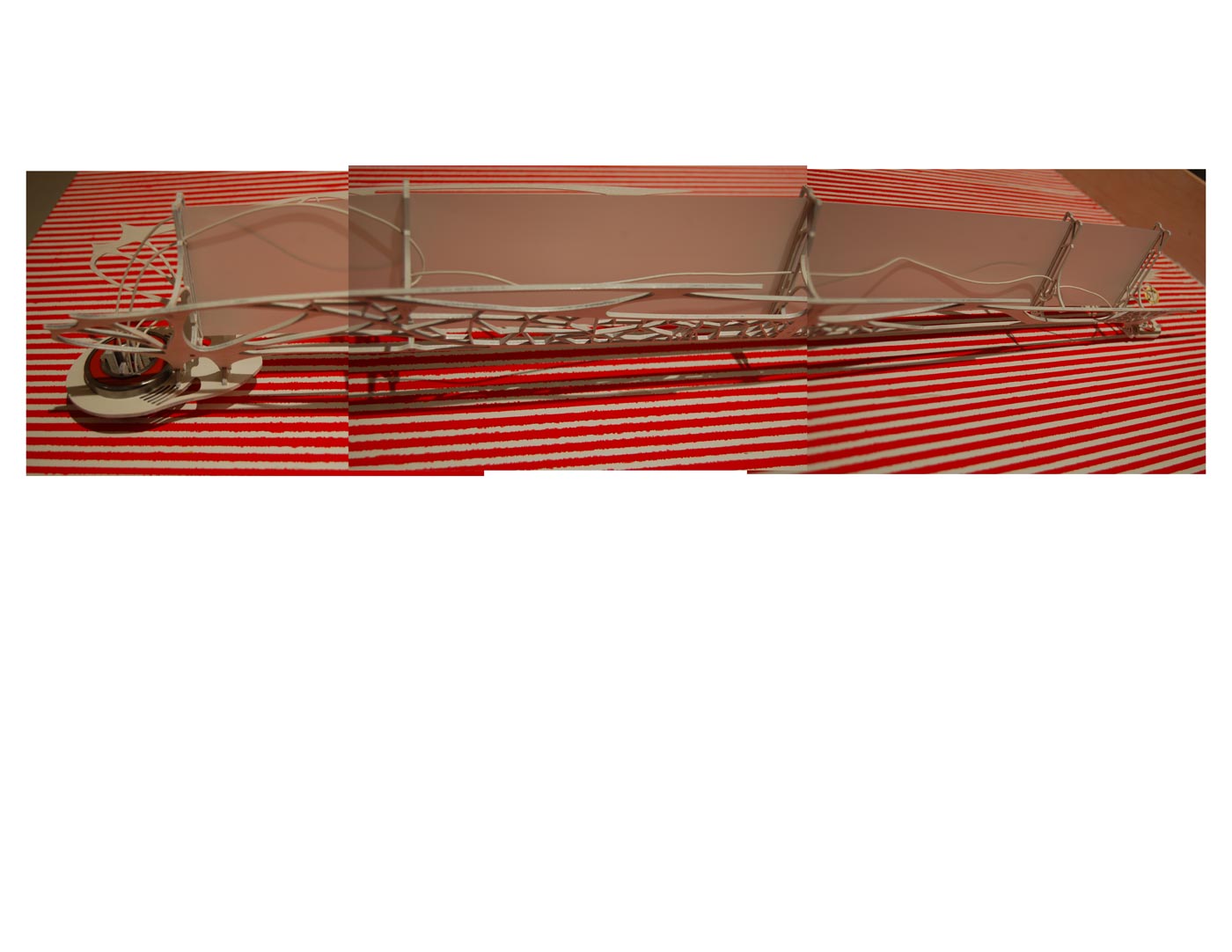 “Something” is disturbed… disturbed that such steel blades have
dug into their ground, that such concrete talons claw at it, that such
humans dare tread in this scar dug into the earth.   The scar is a
wound on the earth, and the building a poor scab.  The topos spirits of
the earth, “I could say elves,” send shoots upwards, towards the scab,
to liberate it, to tear it down… perhaps to animate it, give it its own
life… a life always present, magic in the soil…
Humans move through this space, the space of the soil… they were
once tolerated in caves, but the spirits know that this cruel race, given
an inch, will always want more.  They agitate the wound… footsteps
in the sacred space of the soil are tiny scrapings, keeping the magic
from returning.  The magic is weak, finding its way into the dark
spaces of the scab, pushing, pushing wherever it can, an immune
system against the human virus.
The mass of the wall, the space of the wall.  Void in form, void in
human memory.  Mass. Void.  The space of the earth.
As they move through the soil, the almost immaterial spirits gather
with them those pieces of their ruined topos.  These, too, must be
assimilated, now a part of the place.  The machine, the dull metal, the
wood and glue and plastic.  A machine that feeds on the challenge to
its territory.  That sends out scratches and screams, that glares and
thumps from the dark places.
“I could say elves…”

“Something there is that doesn’t love a wall,
That wants it down. I could say ‘Elves’ to him…”
_Robert Frost, “Mending Wall”