At Home in the Cyborg City

Once one might have said that modern life presents itself as a series of compromises and contradictions. Past/ Future, Public/Private, Nature/Culture. The very tensions these seeming contradictions create is the generative potential for 21st century living. New norms in social and material culture clash with the detritus of the modern age. The city as we know it begins the material transition/transformation from this old age to the new.

Our project begins with the supposition/ imperative that 21st century living will, most of all, be characterized by a growing interaction with non-human processes (ie: nature). Instead of the nature/culture divide of the modern age, the metabolic function urges us to see that cities have never been independent of the landscapes that have shaped them, or the material that generates them. Might this argument be a generative component of a new urbanism, a city made of a hybrid of the mass of humanity and the landscape they inhabit, a cyborg city?

Begin with the abandonment of “ground” plane, allowing the emergence of non-human material process. This abandonment allows the radicalizing in 3 dimensions of movement/circulation. Dispersing the already artificial ‘ground’ circulation throughout the 3 dimensions of the city (simultaneous dispersion/density generation). This allows an avenue for the (re-)introduction of non-human material processes (scrub forest/ grassland).

Leaving the concrete streets, new forms of circulation develop along ‘desire lines’ a quasi-algorithmic operation identifying desirable destinations, and the 3D matrix that develops as a result. This circulation, in effect, is re- configured as a public ‘home.’ 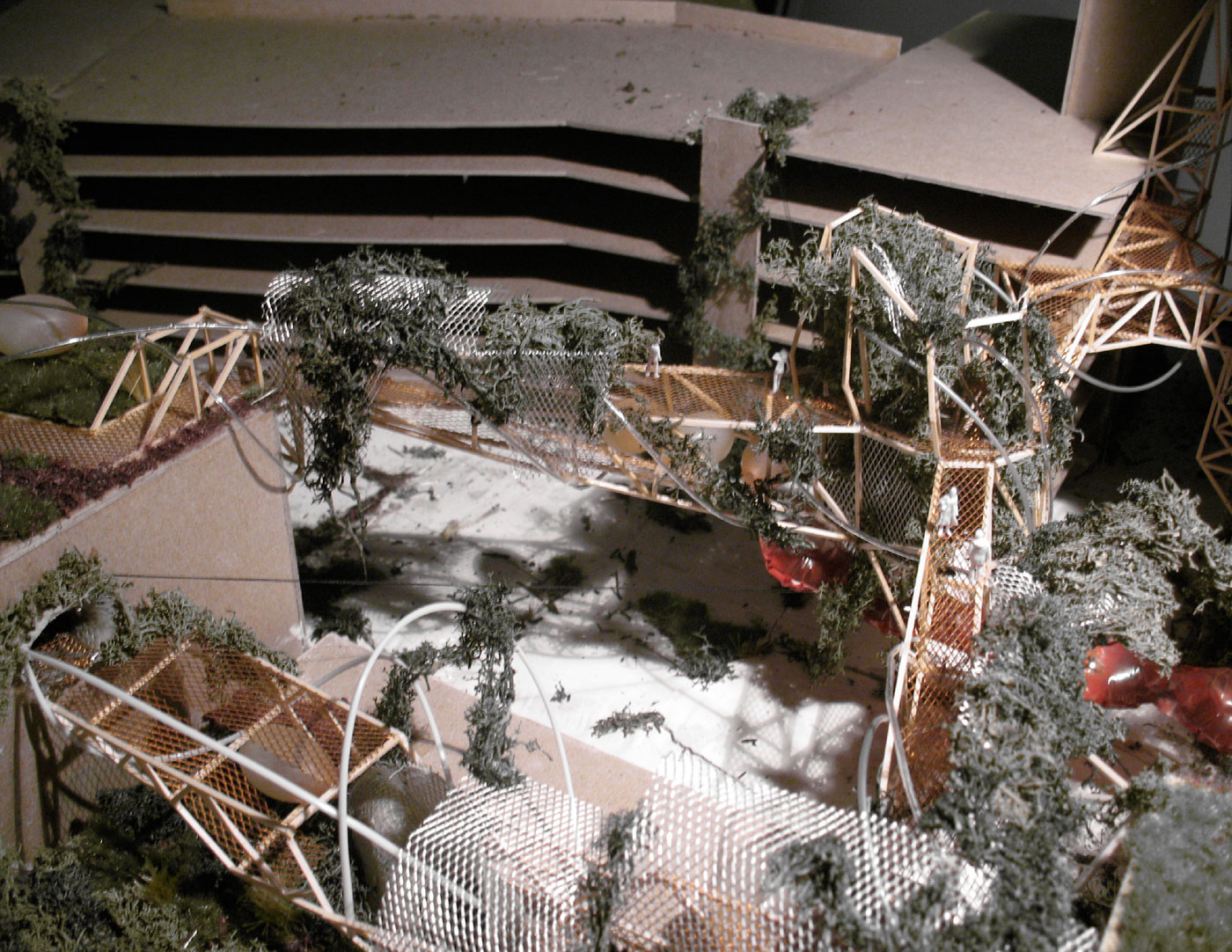 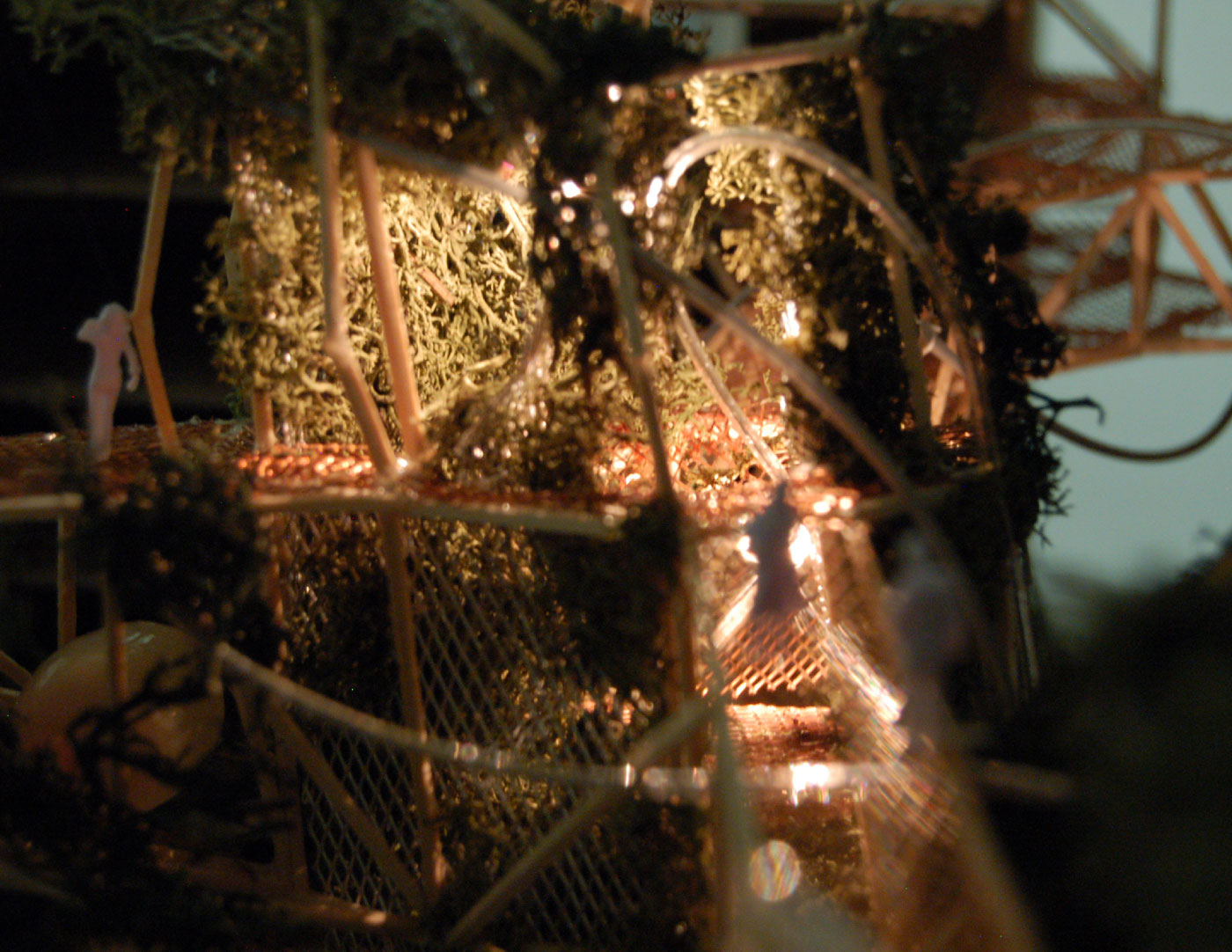 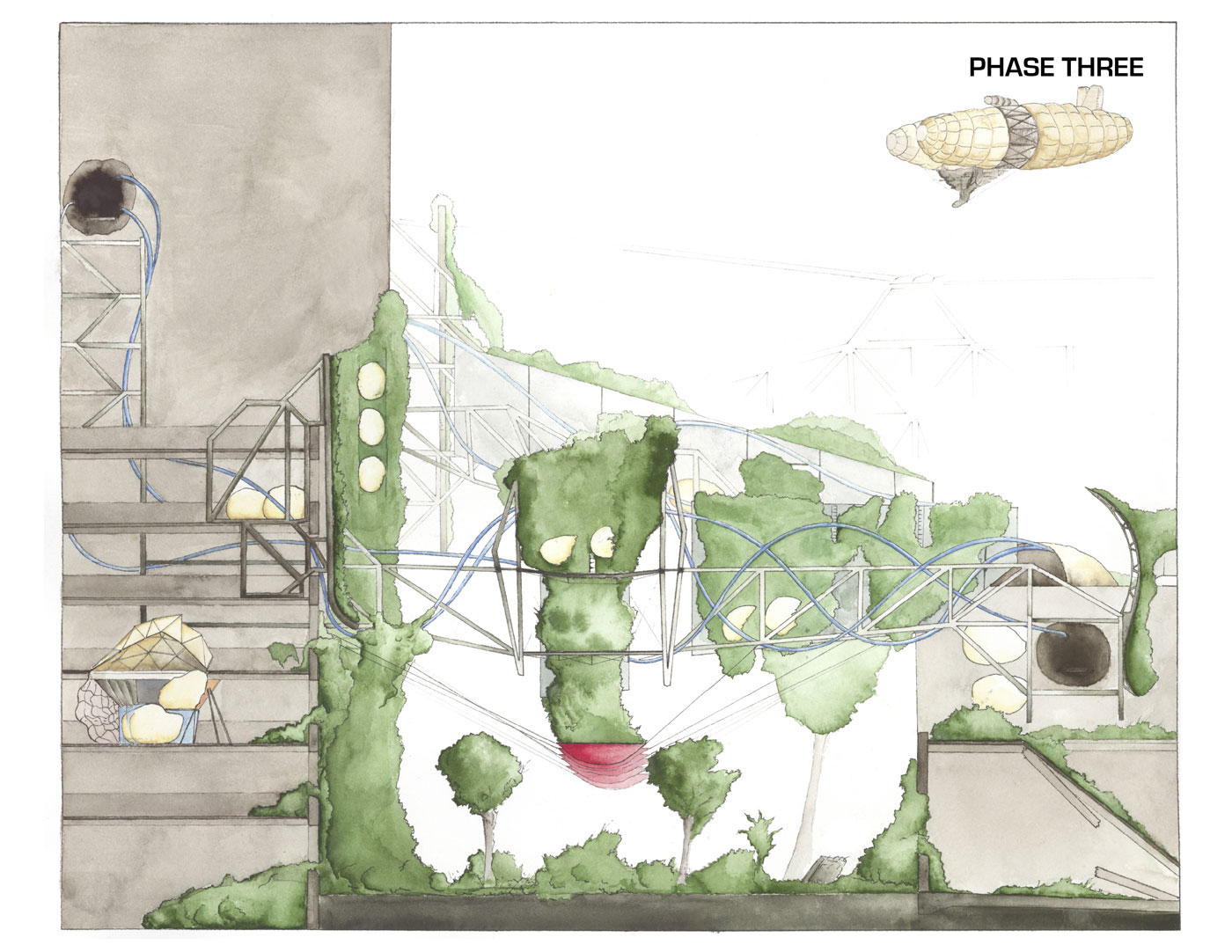 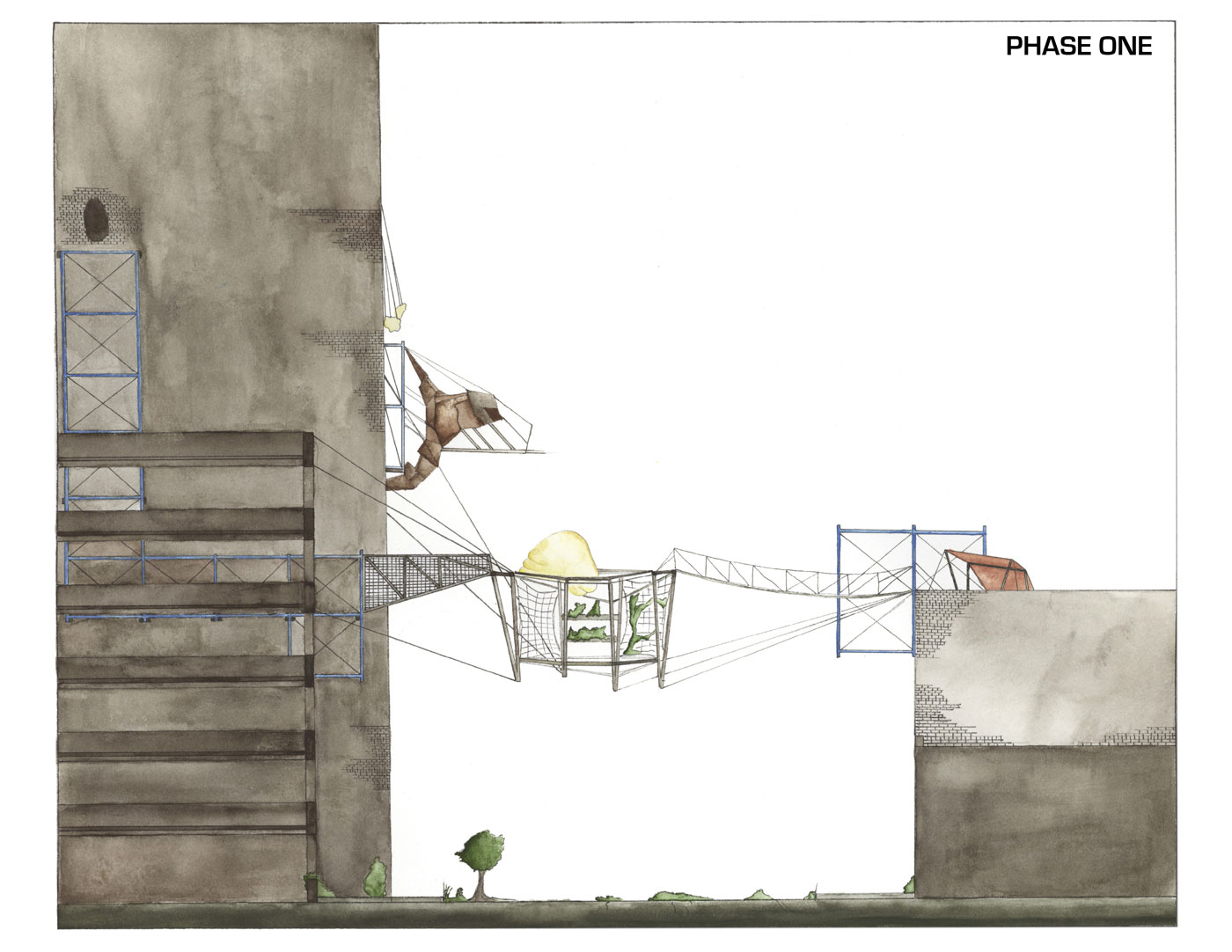 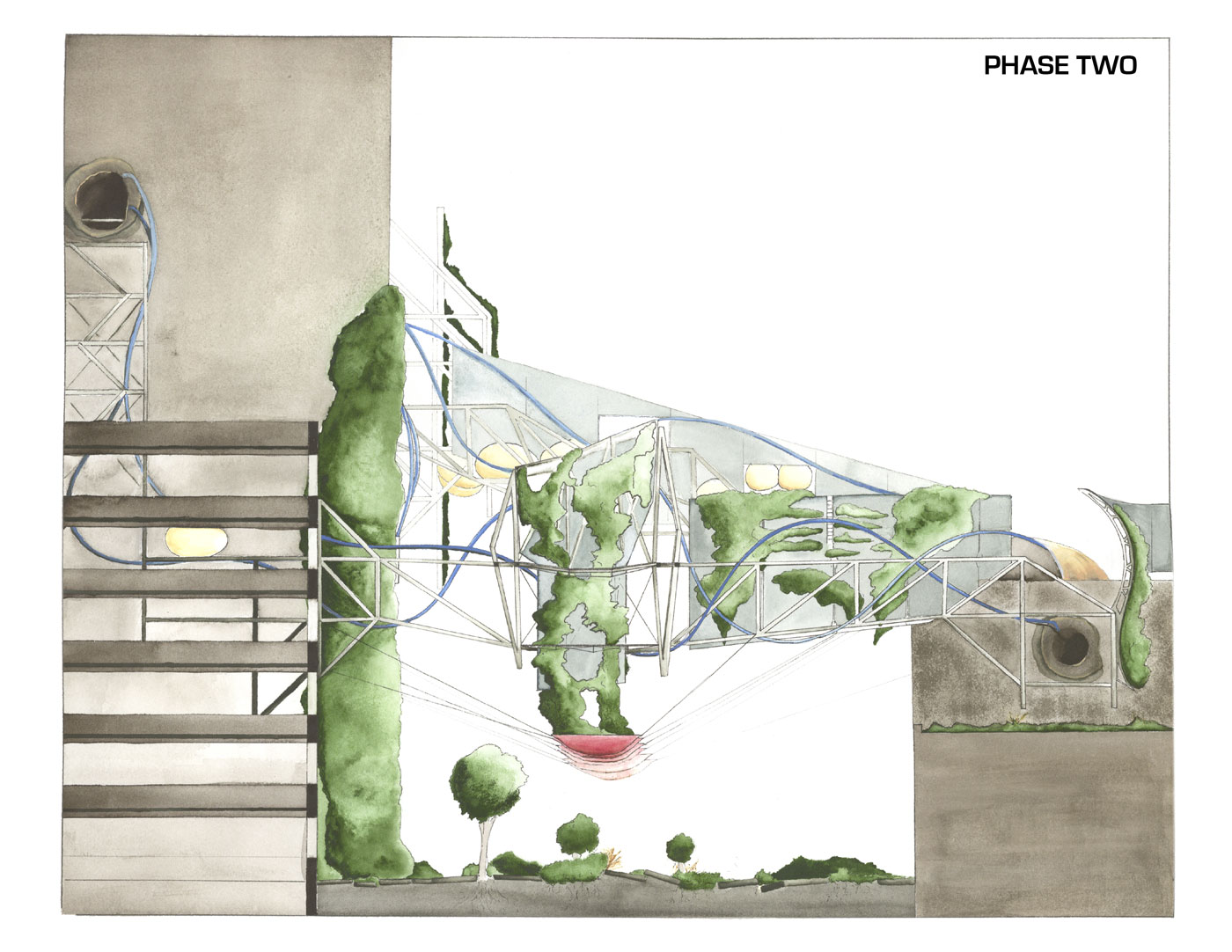 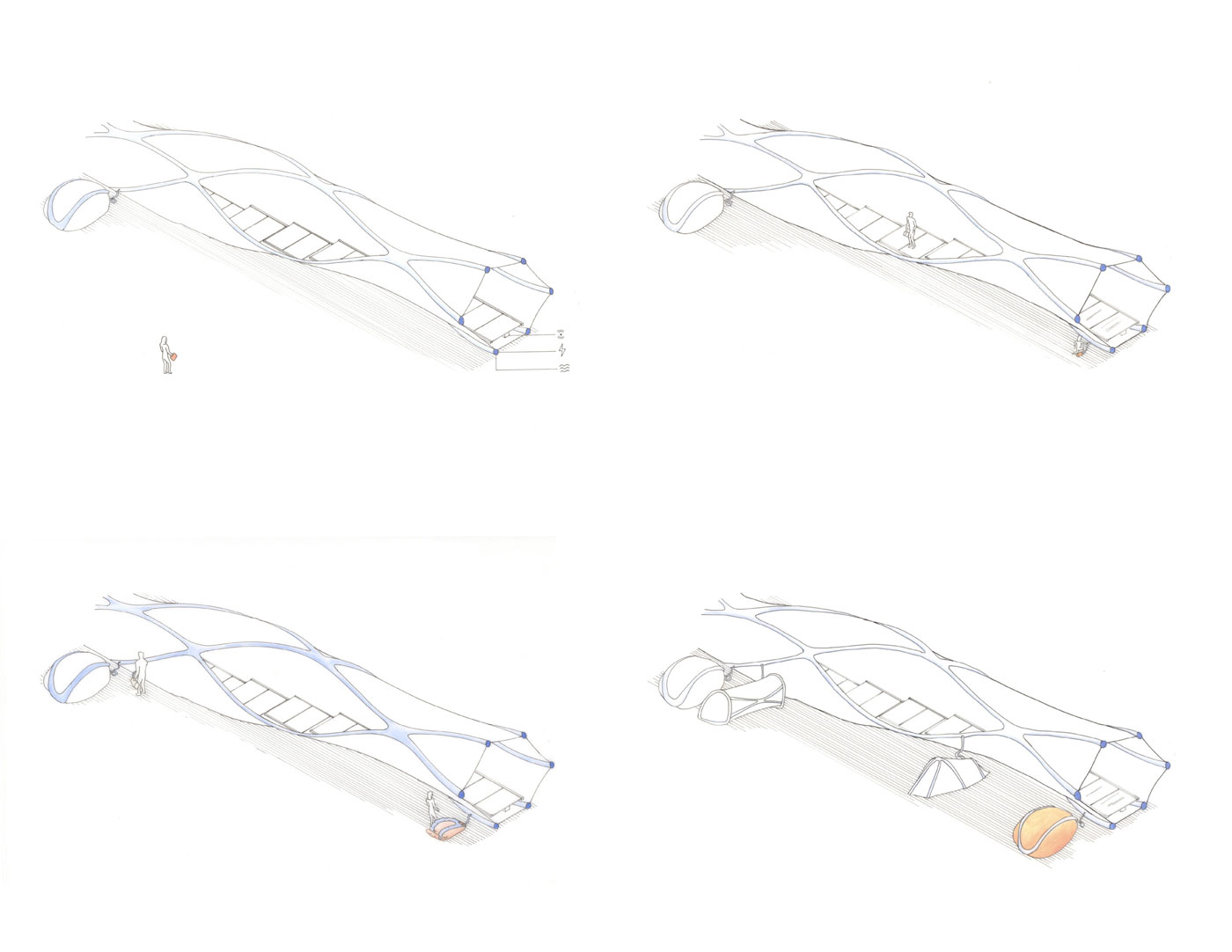