JAR Parasite, “He Knows Himself to be Merely Adjectival…”

The JAR building, over time, has accumulated its own unforeseen energies, the interaction with environmental systems of sun energy and air pressure has generated unforeseen and generally unnoticed constant air movement in the building. Human movement patterns constantly provoke this air movement.

The JAR parasites were installations in the JAR building, the University of Manitoba’s Architecture Building. They exploited and exposed unseen wind energies in the building. Their operation was to follow unseen wind currents, and to ‘report’ as they travelled. A small contact microphone picked up the interaction of the balloons with their surroundings, which was broadcast back into the environment.

Any infrastructure, from the building to the city, is home to overaccumulation, redundancy, and deterioration. Moreover, each infrastructural construct, with its necessary complexity, in its interaction with other systems, each equally complex, exponentially increase the gaps and folds in these systems individually, and develop unforeseen interactions. 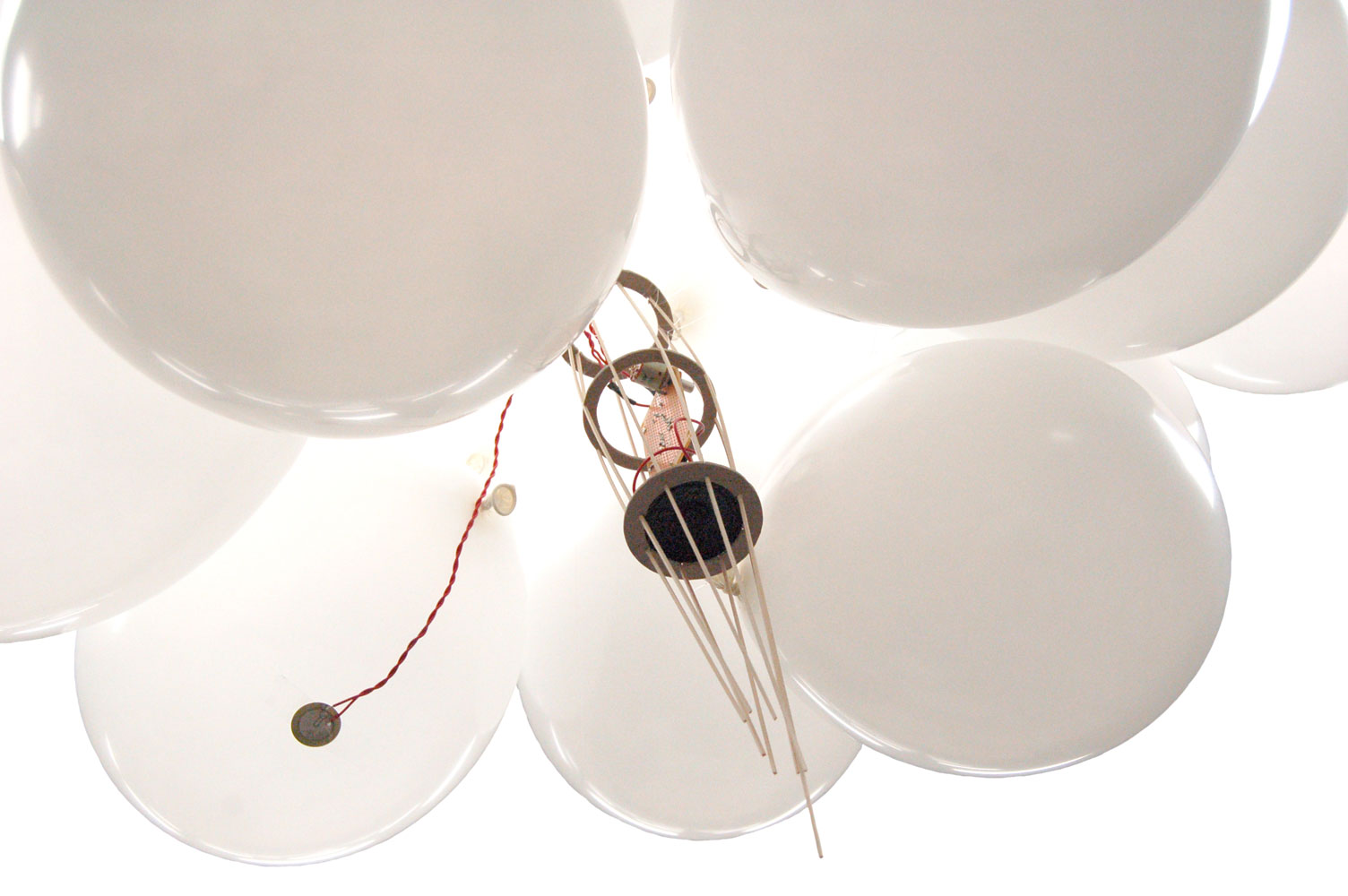