Resinance 2.0 is the successor of Resinance, realized six month after the first project. Its general system is building upon the initial installation with improved behavioural complexity and technical and material resilience. The project emerged from a student application to showcase the work at the 2013 ACADIA conference at the school of architecture, University of Waterloo, Cambridge, Canada.

While the main concept of the installation is similar to the previous one, e.g. responsive smart material elements, that change colour when physically touched and share the information with their neighbouring elements in order to develop a global emergent behaviour based on local interactions, several parts of the installation are significantly different.

Topology
The layout of the installation is changed to a linear arrangement consisting of ten clusters, each containing three elements. The clusters are linked wireless and constantly communicate their current state to a Master node, which compiles the information and gives it back to the respective module. Every cluster is sitting atop an acrylic base that both provides stability when the elements are moving and also houses the necessary electronic an mechanical components.

Sensing
The sensing capabilities of the individual elements are vastly simplified. While in Resinance piezo-vibration sensors are used to measure human interaction, in Resinance 2.0 a metallic mesh has been embedded into the polyester resin walls. The mesh, which was added during the rotational casting process, is used as a capacitive proximity sensor. This allowes visitors to interact with the modules all over their surface and makes them directly experience the change of temperature when touching.

Actuation
In addition to the shivering motion, which was improved by moving the vibrators from the side to a less obtrusive position at the bottom of the individual elements, a stepper motor is included, which slowly raises the centre of each cluster, when the elements have reached their peak temperature. Since due to both aesthetic reasons and in order to speed up the heating process the fans are facing inwards, the motion, which resembles a blossoming flower, opens the air inlets and hence triggers simultaneously with the cooling process. Moreover the colour change is drastically sped up by using two heaters per element instead of one.

Communication
The exchange of information between the individual clusters happens wireless. Custom designed shields are used to control the various electronic components, like heaters, temperature sensors, vibrators, motors, etc. The shields are attached to Arduino Fio boards equipped with X-Bee radios in order to communicate with adjacent clusters. A visual interface, which runs on a nearby screen, graphically displays every element, their current temperature, whether they are in a heating or cooling process, how often they have been touched and when the last touch has occurred. The elements not only have memory of their popularity, measured by the amount of touches, but also try to return to their initial calm state by gradually deducting points from their counter if not enough interaction happens. The speed of this process is largely depending on the popularity of the respective element. 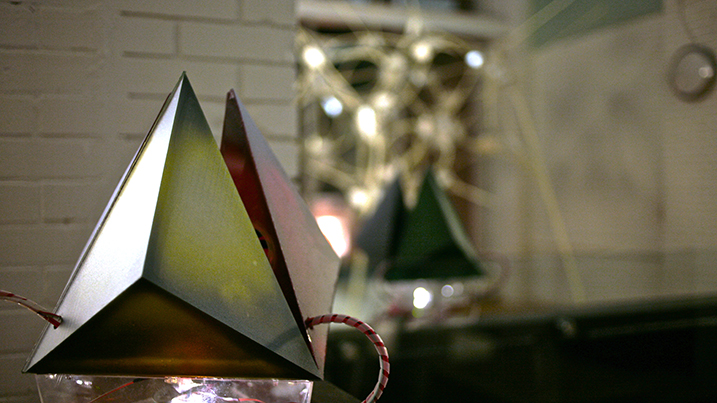 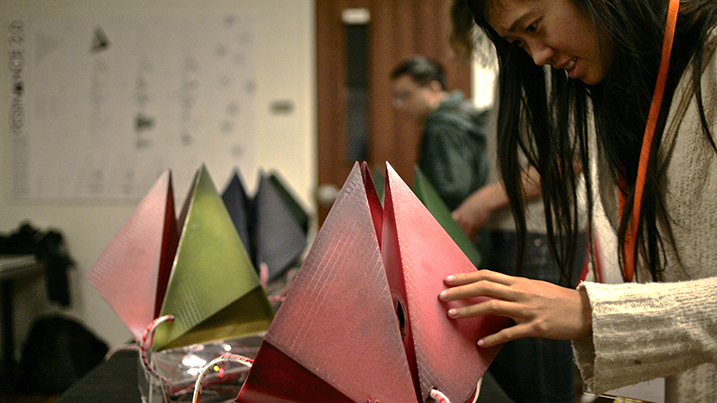 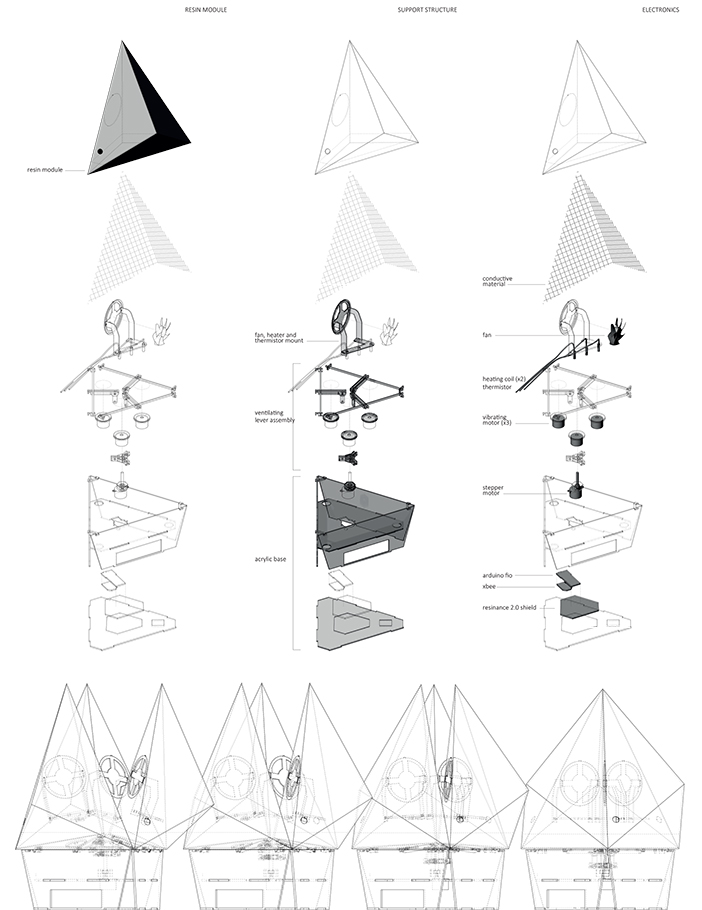 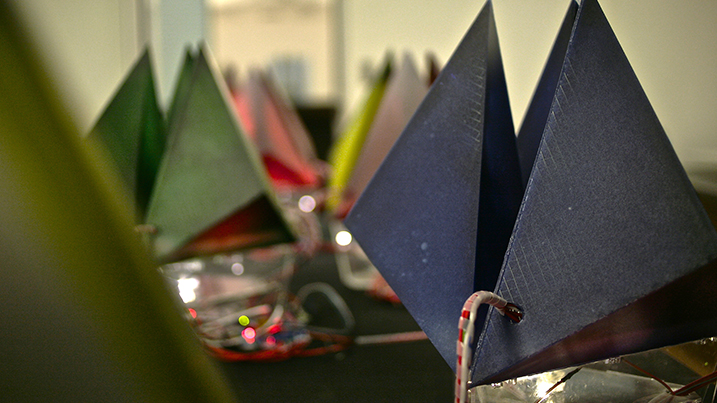 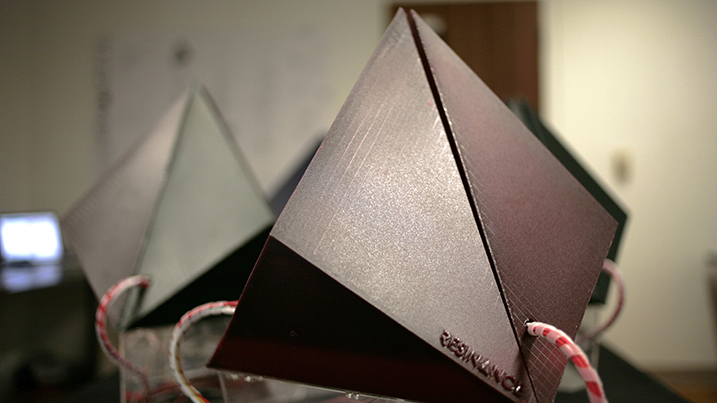 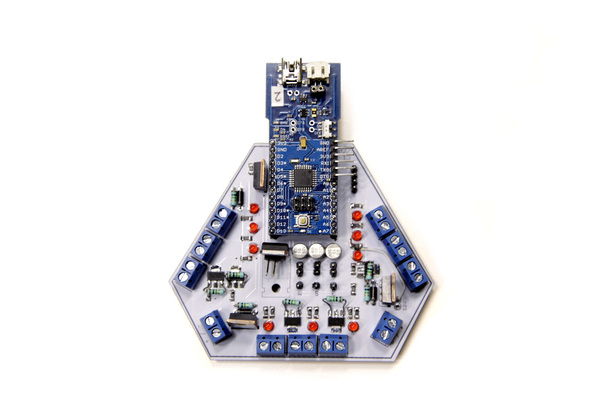