“Vexed to Nightmare,” or “Already the Knowing Animals…”

“Vexed to Nightmare,” or “Already the Knowing Animals…” proposes a hotel on an abandoned railway bridge that spans Montreal’s Lachine Canal. It is an exploration of several intersecting notions under the aegis of the term monstrosity. The project arises out of the desire to express the complexity of human social relationships, as a dynamic, fluid stream, here intersecting with one subject, there another.

In this project, the ‘monster’ as such, is not the building itself. Taking cues from Cyborgian and phenomenological theory, we may argue that the human is, in fact, a monster. From Harraway to Merleau-Ponty, the idea of the body in contemporary discourse is slowly dissolving.

In this case, the building is a perceptual provocation, one which disturbs and disrupts the human subject. The aim is to move beyond the discrete thinking ‘I’ to propose another subject, the social subject, the embroiled and shifting mass of the human meat. This subject is recognized, and provoked by a social phenomenology, not of individual experience, but of embroiled experience. This social phenomenology aims to disturb the body, the ‘self-ness’ of the individual. Our social body is not made of discrete human subjects, but a constant intersubjective, sensible chimera. Fluid in its component parts, now male, female, or both, et cetera. The categories are infinitely divisible, divergent, and mutable.

The program of the hotel is ideally suited to this function. The hotel, in our culture, is removed from everyday experience, it is a place of limbo. It is a space of temporary social encounter, of suspended identity and a betrayal of normative moral and social function.

This proposal aims to take this social condition and modify it. Instead of discrete rooms, here, the volumes are developed by intersecting geometries and by interruptions on a pure form that disturb the sealed environments, that offer communication in between volumes and with the site. Instead of faceless and placeless corridors, the spaces of circulation are social condensers, with geometries that carry across levels, and provoke awareness across the structure. The space is one of interruption, overlap, and excess, never whole, except in its animation by multiple subjects, the social subject. 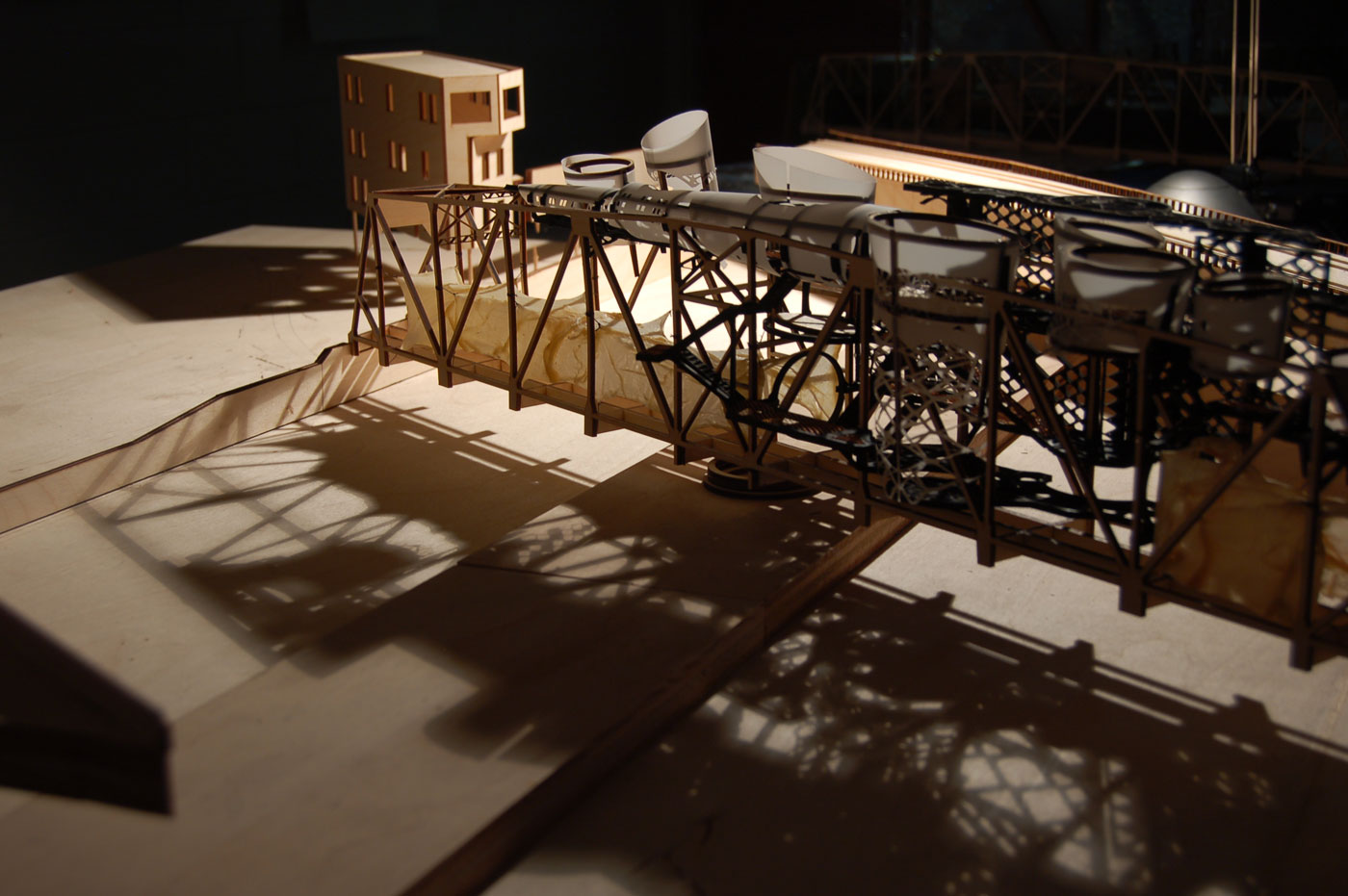 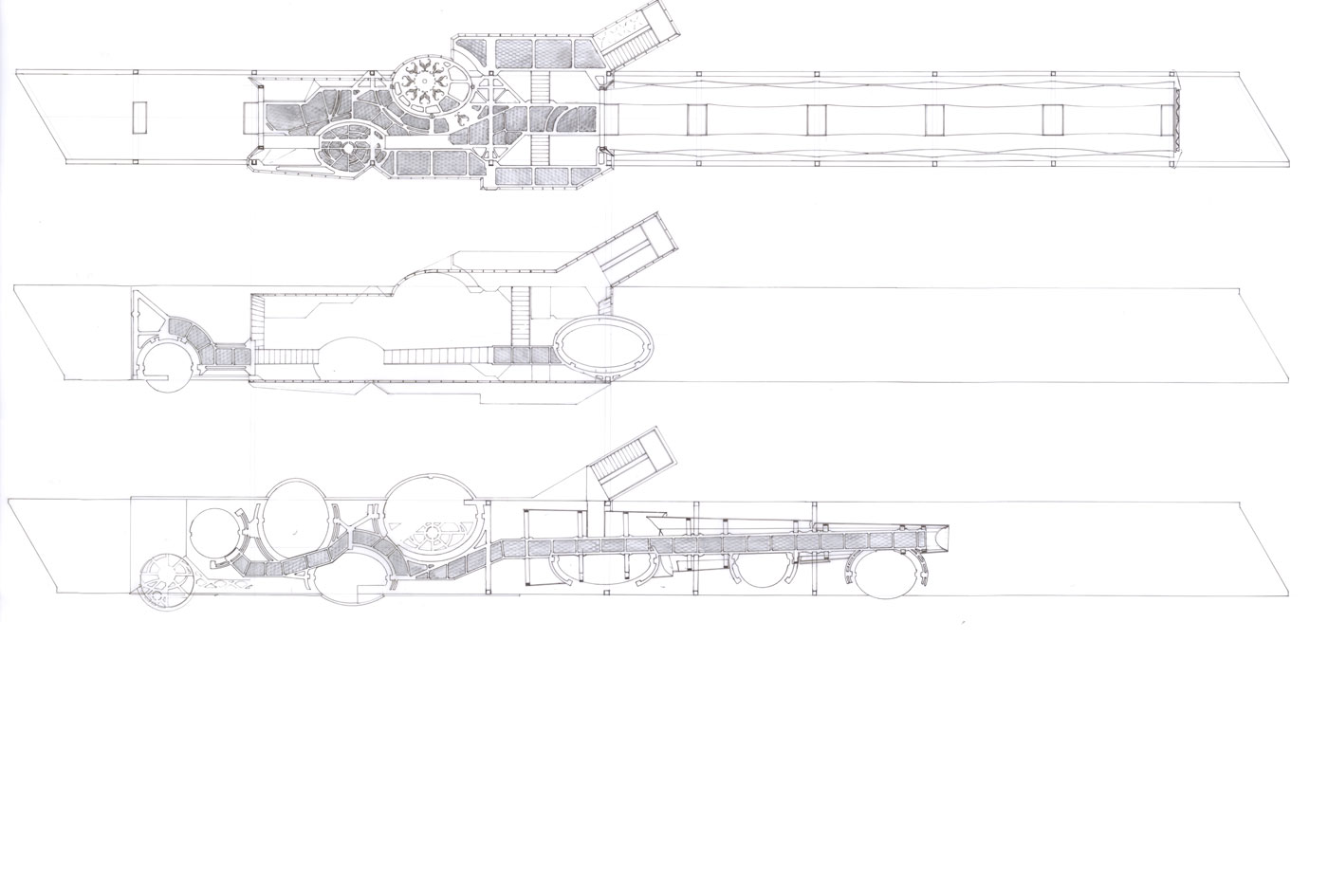 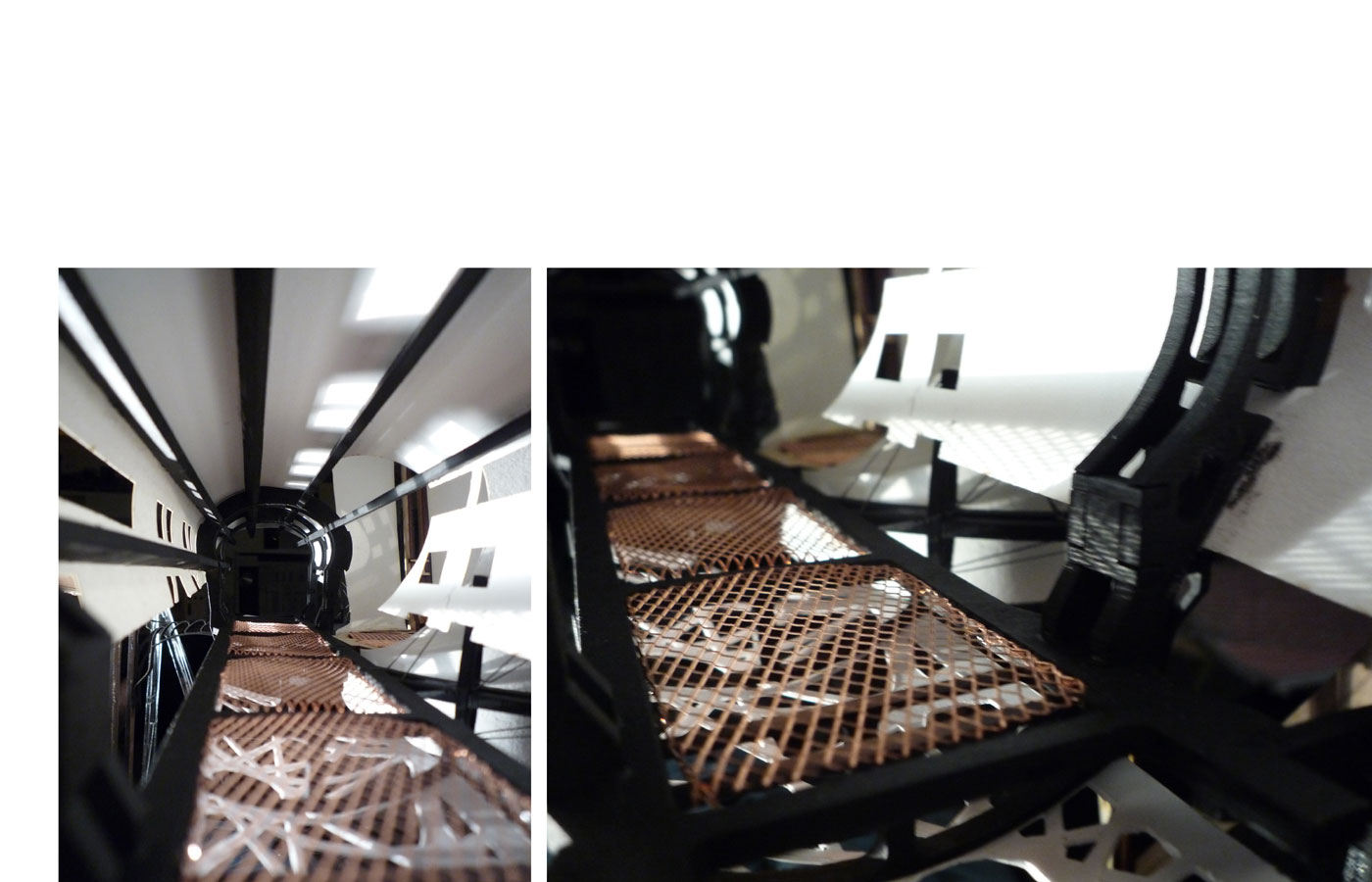 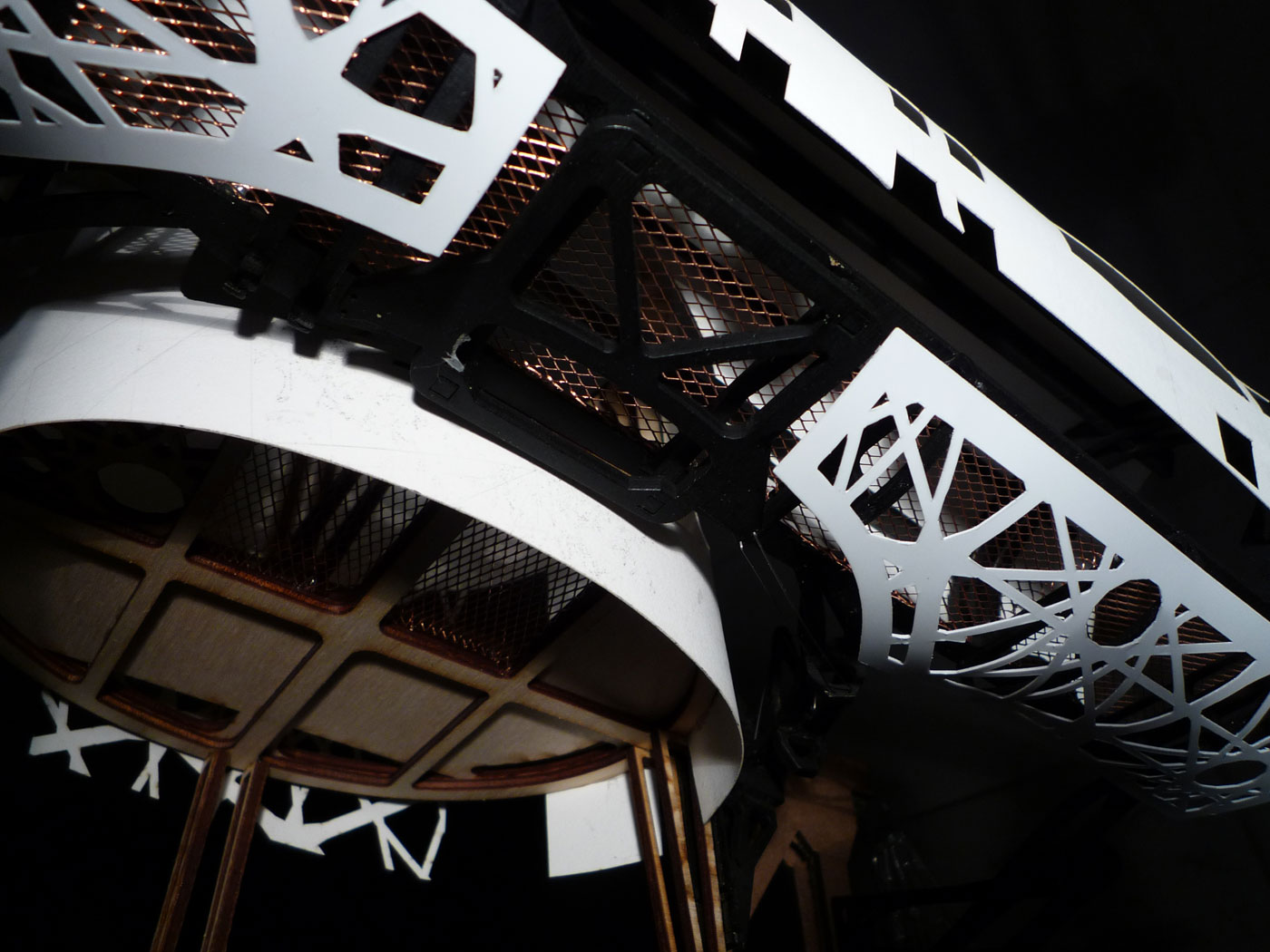 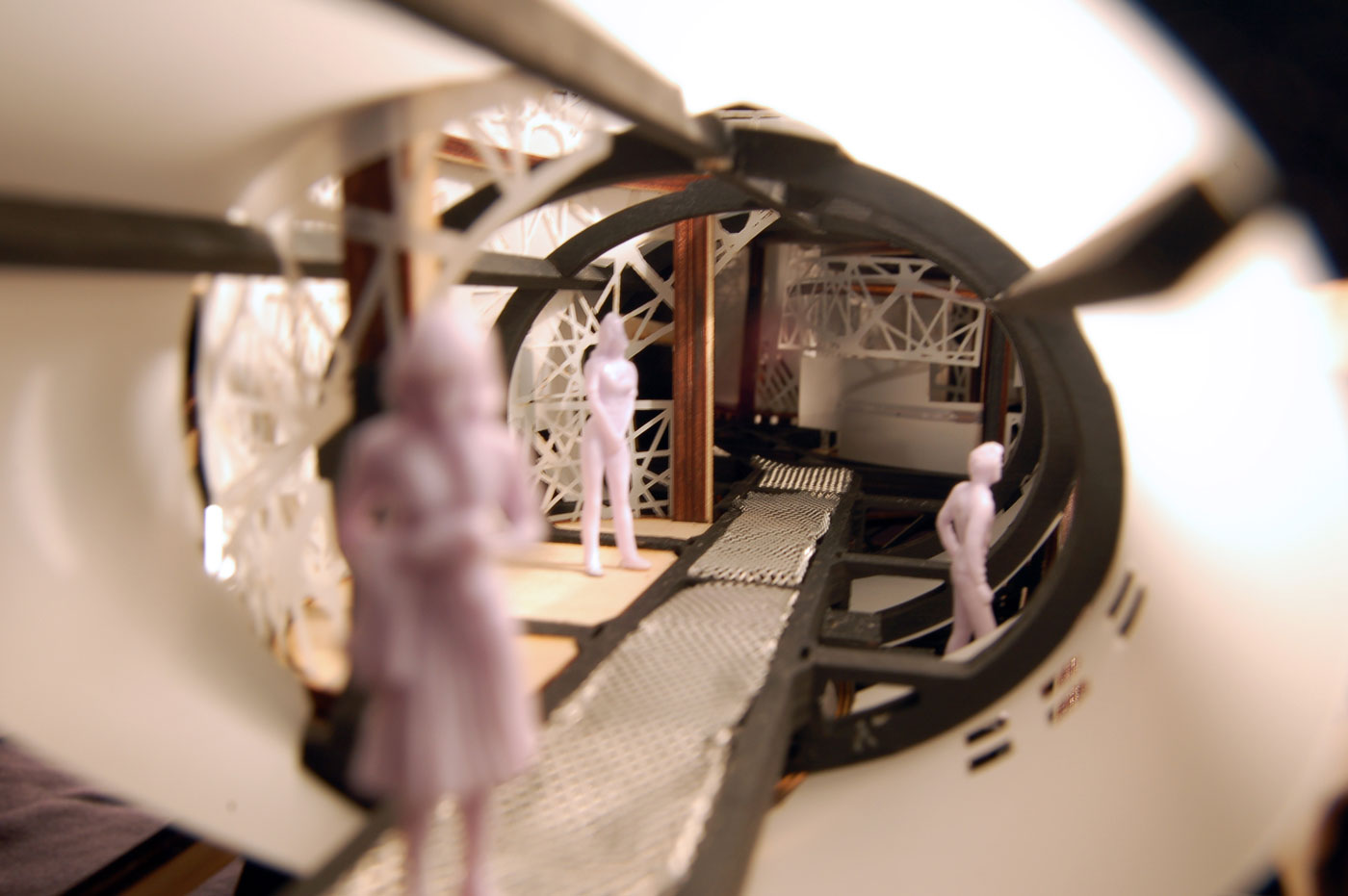 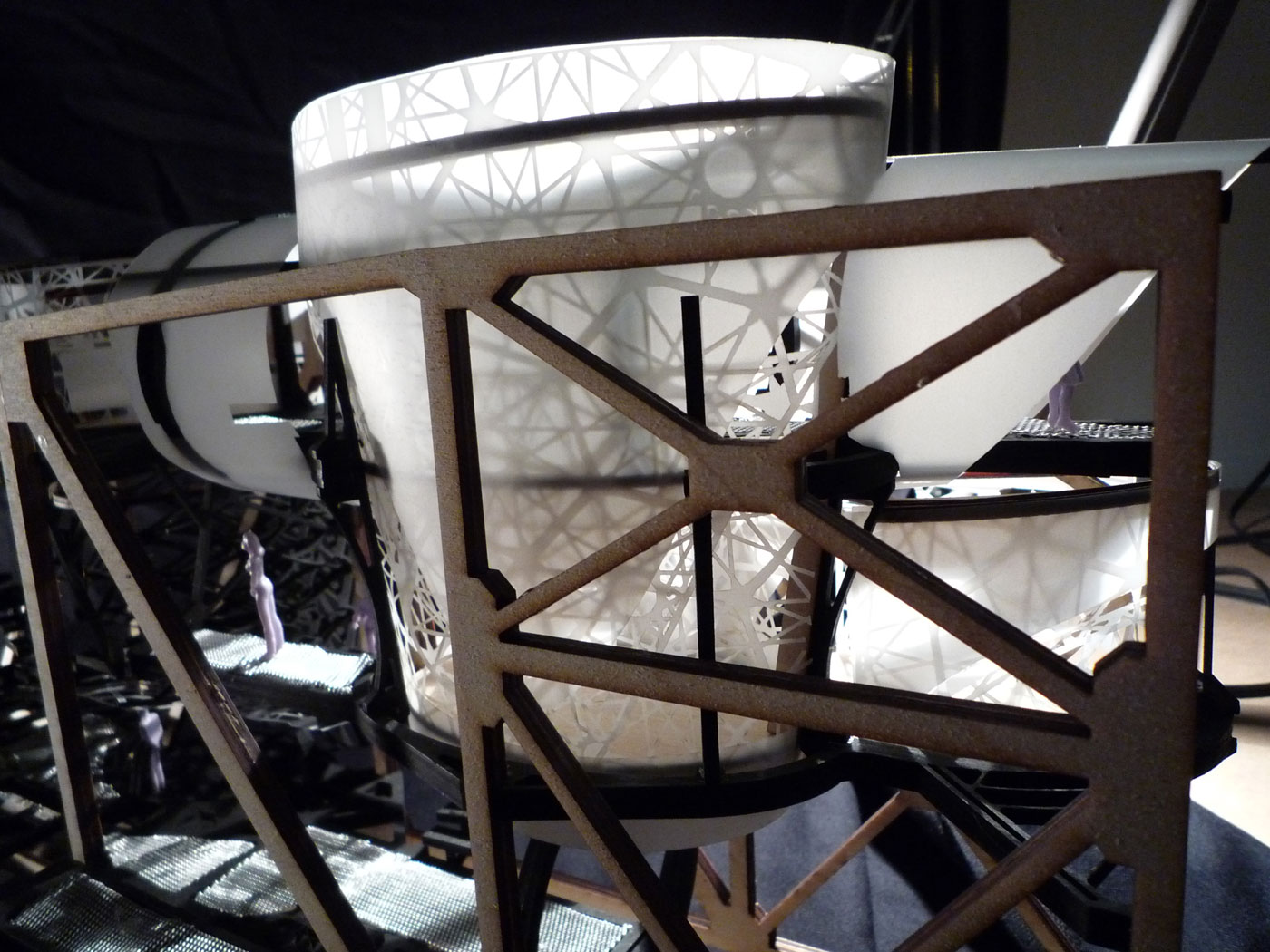 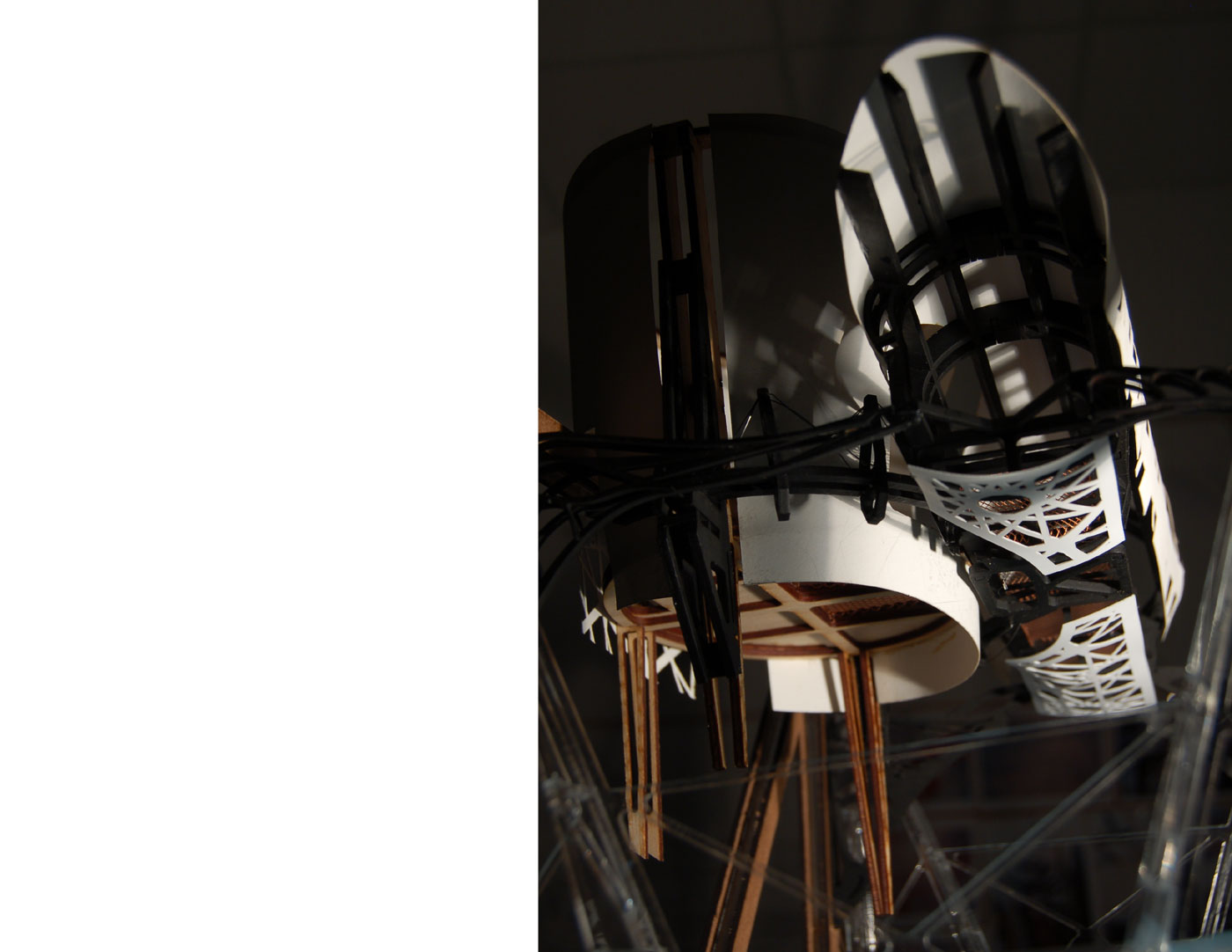 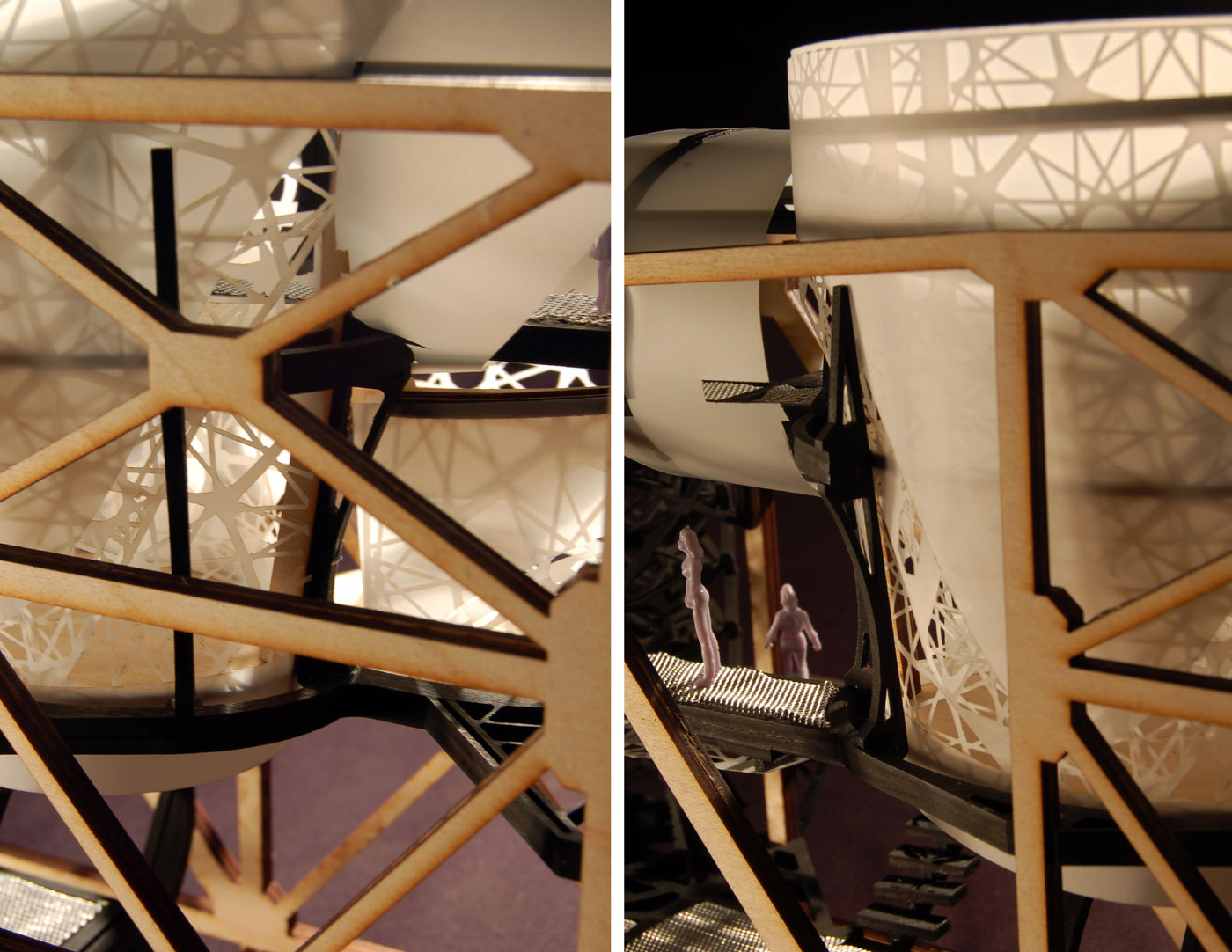 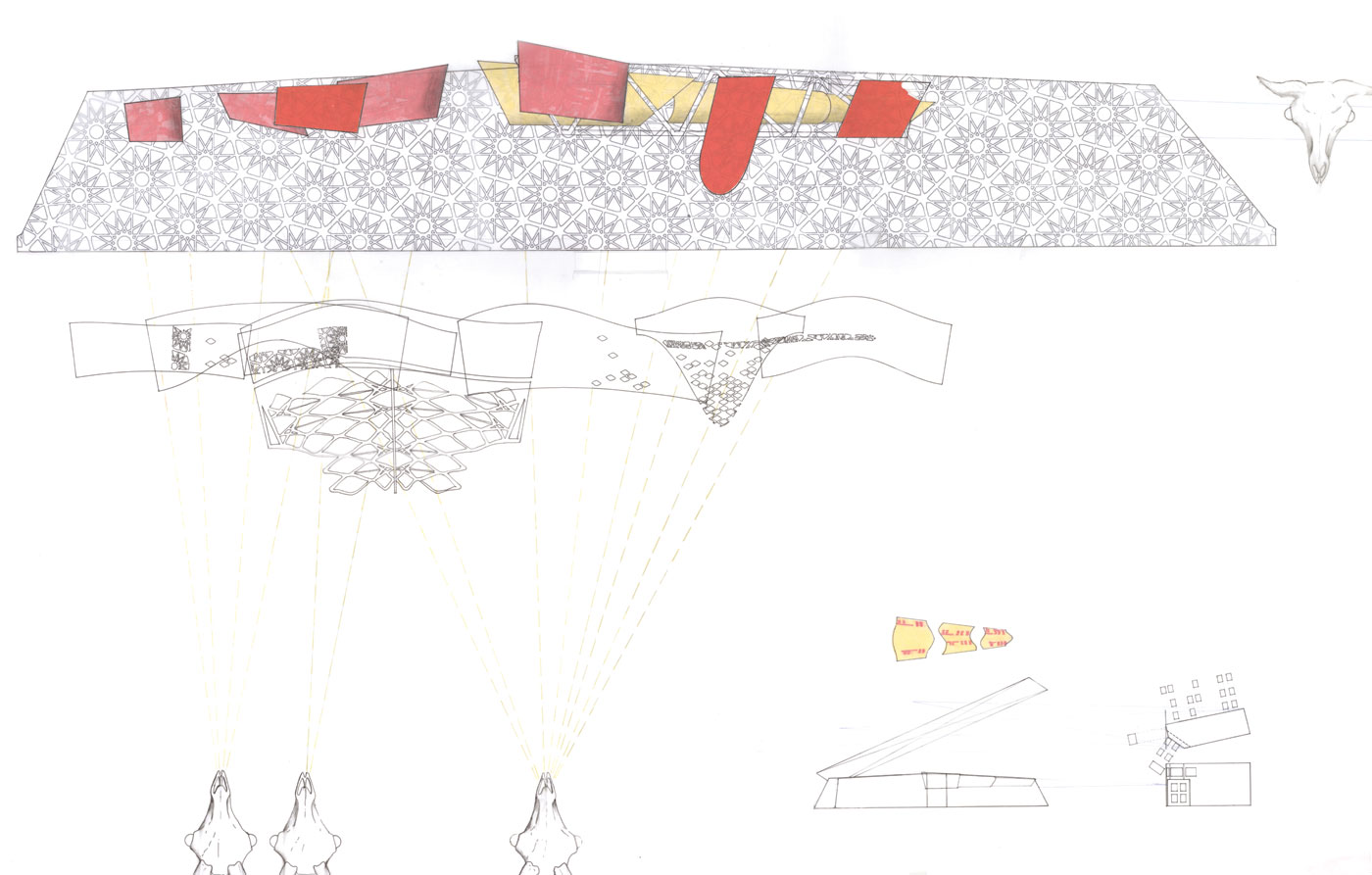